The rating agency predicts favourable performance as regards margins, on the strength of the rebound in activity and the impact of the efficiency measures adopted. 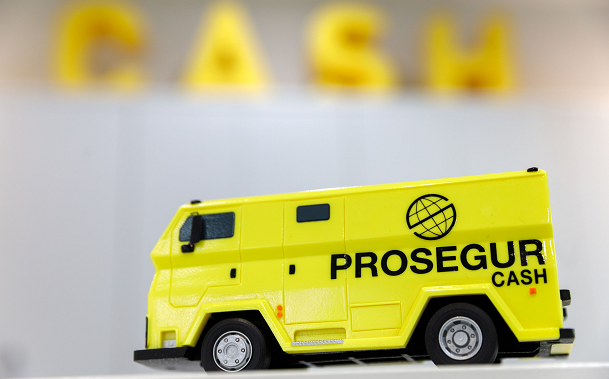 Madrid, 7 October 2021.- The risk rating agency Standard & Poor's (S&P) has renewed Prosegur Cash's BBB rating with Stable outlook. The company has thus maintained the same rating since it began its operations as a listed company in 2017.

S&P's report foresees a gradual improvement in the company's margins based on the expected rebound in volumes and the favourable impact of the efficiency measures implemented since the beginning of the pandemic. It also points out that such measures should result in a reduction in leverage ratios.

The rating agency has also mentioned that new products, increased digitalisation and the development of new partnerships are supporting Prosegur Cash's transformation. S&P highlighted the recent acquisition of Redpagos, a leading company in the correspondent banking segment in Uruguay; the creation of a joint venture with Euronet to create a network of independent ATMs in Latin America; and the commercial agreement with Santander in Spain for the distribution of Cash Today, the payment automation service for retail.

Prosegur Cash reported sales amounting to €692 million in the first six months of 2021, with overall improvement in local currency growth across all geographies. EBITA reached €91 million, with a margin of 13.1%. Consolidated net profit improved by 41.3% to €31 million.

Cash generation maintained its positive trend, with €65 million of Free Cash Flow in the period and a conversion ratio of 79%. The financial leverage ratio remained stable, despite the inorganic activity in the period. The total net debt at the end of the first six months of the year stood at €680 million, including IFRS16, deferred payments and treasury.

These figures show the company's ability to adapt to the complexity of the environment resulting after the health crisis.