Super-Robot, the most innovative creature of the CREAD

A never-before-seen goal; boosting quality and customer service... in record time. This would not have been achieved without Prosegur’s unique and genuine tool: the Super-Robot. 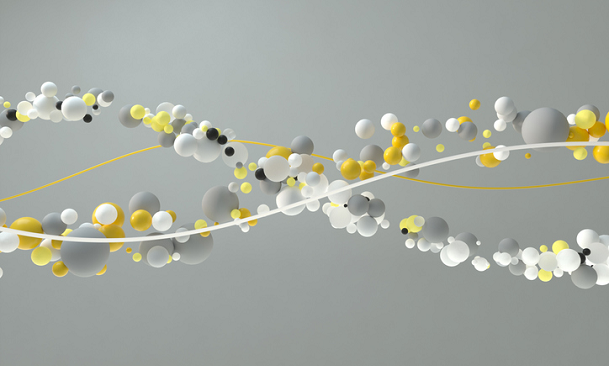 Big brother of robots, Frankenstein of technologies, life jacket of robotisation. The CREAD (Centre for Robotisation, Excellence, Automation and Digitalisation) calls its most prized creature, the Super Robot, by all these names. It may sound as if it were a machine from a movie and to a certain extent it is, not because it is humanoid in appearance (it is software), but because of how it functions: it is a Terminator that sweeps away inefficiencies in business process automation.

Let's start at the beginning. At the end of 2017, the company launched a strategic project: to create a high-performance automation centre, which will eventually become the CREAD. Fernando Cisneros, director of the Centre, takes up the gauntlet and raises the bar to 300 automated business processes in just three years. A volume and timeframe that seemed a chimera in a project of this magnitude. The robotic template chosen is RPA (Robotic Process Automation), software robots that interact with desktop tools like humans to perform tasks, but much faster and with no errors.

The best of all robots

This story is missing the key piece of the Super-Robot. The automation model had to be efficient but also scalable, elastic and sustainable over time. And to achieve this they needed a base tool with exactly these same characteristics, the best of all robots that would control the development and performance of the RPAs to eliminate inefficiencies and waste of time, and therefore money, in their work.

Conceiving it, communicating the idea, developing it, testing its operability step by step in a pre-production environment and launching it in a polished version was therefore the cornerstone of the project. According to Cisneros "the most relevant thing about the Super-Robot, in addition to its functionalities and the incredible things it allows us to do, is that it introduced the seed of innovation at the CREAD.”

The result is a digital super worker that can integrate all RPAs on the market along with many other supporting technologies such as management of the data bases used by the robots, monitoring from .NET applications (a Microsoft platform for software development), access security, artificial intelligence applications such as machine learning and deep learning to improve processes or an application server, also from Microsoft, among others.

The only one of its kind in the world

This is how an IT organism ends up being created, a unique, gifted Frankenstein, created and evolved by the CREAD. According to Cisneros "there is no other tool like it in any of the organisations that use RPA. Prosegur is a reference in this field." In fact, the Super-Robot has received an award for the most innovative use of RPA worldwide from Blue Prism, the multinational company that produces the robots used in Prosegur.

What does this combination of muscle and brain do? Essentially, it monitors in real time the performance of each RPA in each task to detect any inefficiencies at an early stage and root them out without having to patch them up later on. For example, if the communication with the Social Security to register hundreds of employees takes four minutes instead of two minutes. It is scalable; it can monitor whatever is needed; 10, 100 or 500 processes.

It also tallies the efficiency parameters until it nails down the number of working hours that have been saved. By closely monitoring all this proprietary information, it can assign each robot its loadability, i.e. the maximum amount of work it can do in a given timeframe and under any circumstance, for example an unexpected peak in demand. Monitoring efficiencies and inefficiencies also enables it to generate predictive models to automate other processes based on best practice experience.

Wherever the company wants to set it. This evolutive capacity is scalable and flexible, it can adapt quickly to rapid changes. According to Cisneros "business processes expand and decrease fast, new use cases emerge, new customer needs and demands arise, and this is a business, it has to move with the times, or the business is lost.”

That's why Super Robot is constantly expanding its capabilities with the same agile phased development model that is tested at every stage to ensure that it is flawless in the real world. For example, security in human access to the robotic environment, the application of artificial vision to detect and classify problems, the integration of the Alexa assistant to search for and provide information on processes and the extended processing of information to count new parameters such as impacts, incidents or work peaks.

Increasingly greater capabilities means that the Super-Robot transcends its original role of monitoring and maintaining RPAs. It is already being used as a tool for every innovation project of the CREAD and could monitor any operation, even without robots, such as the security of a massive concert or a Champions League final.

The personality of the Super-Robot (in figures)