Where is the private security sector heading in a more technological and globalised world?

Robots, drones and defending us against cyberattackers from anywhere on the planet are among the main areas of activity. 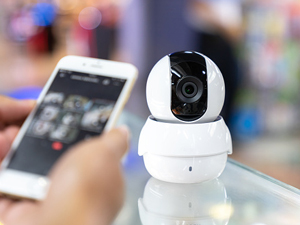 The so-called fourth industrial revolution is changing the world at great speed. No area of activity in the world is immune from the changes taking place. In the case of private security, the incorporation of technology is allowing us to greatly improve our services and our ability to protect our customers’ assets. So this is an exciting time for a sector that is playing an increasingly essential role in the world. A study by market researcher The Freedonia Group predicted that the global private security industry would grow by 5.8% per year between 2017 and 2022.

The implementation of these technologies could change the geostrategy of the planet, as we are seeing in the current dispute between the United States and China over the development of 5G networks. But it isn’t just 5G, artificial intelligence is also playing a significant role in shaping an environment that poses new challenges for private security companies. The director of Prosegur Strategic Cyberintelligence, José María Blanco, and the coordinator of the Prosegur International Security Analysis Unit, Jessica Cohen, highlighted in the article Artificial Intelligence and Power how the cybersecurity sector already has a “proven” position as a beacon to detect attacks. They also point out that their experience could serve to establish the United Nations International Agency for Artificial Intelligence, a body that some specialists are calling for in the interest of ensuring global governance of this technology. Until this is achieved, some world powers may seek to impose their leadership in this area. Furthermore, the contributions made by companies could be carried over to other sectors that use artificial intelligence. According to Félix Arteaga, a researcher at the Real Instituto Elcano, “the non-governmental ecosystem should have a more prominent and influential position in the new governance model [for cybersecurity] because it is the one that best knows the context and implications of security decisions.”

The Freedonia Group study shows that geostrategic differences are already noticeable in certain private security markets. Although the annual average growth for the sector in 2017-2022 is 5.8%, in the Asia-Pacific region it is up to 10%, and in Africa and the Middle East it is more than 6%. According to the consultancy group, China and India are the countries where the greatest amount of private security income will be earned, up to 38% of the world total. China is currently one of the main global investors in artificial intelligence, conscious of its significance in the future.

In a more technological world, the cost of the Internet will also fall. According to The Freedonia Group, this could translate into increased contracting of video surveillance services. Even the expansion of smart homes could serve to offer additional services to those who own one of these smart homes or want to equip it with technology.

Of the technologies that have emerged in recent years, the Internet of Things is another of those destined to revolutionise the private security sector even more. Companies can offer their online monitoring services through cameras attached to household objects or to check that vehicles with sensitive cargo are OK.

The sector is already taking advantage of the benefits offered by a technological world. In 2015, the first drone designed to monitor interiors without the need for GPS was presented. It used a specific algorithm that relies on height sensors and lasers to recognise potential obstacles and avoid them. Its thermal and conventional cameras are capable of detecting incidents in any situation. Other drones that are capable of operating in any weather condition, are being used at the ArcelorMittal steelmaking centre in Asturias, one of the largest in Spain. In this case, they were piloted by trained security guards.

Meanwhile, other technology companies have created robots to perform site surveillance and facial recognition tasks to check whether or not a person should be in a particular area. Androids like these could one day be part of the portfolio of a private security company.

Geostrategic challenges in an increasingly multilateral and polarised world will make the proper use of technology more necessary than ever. The security sector must therefore be prepared and anticipate impending changes.