From Libra to Diem: what's going on with Facebook's digital currency

After the 2008 financial crisis and the bitcoin boom, the social network launched a digital currency project aimed not so much at its active users, but at emerging markets with a more volatile traditional financial structure. 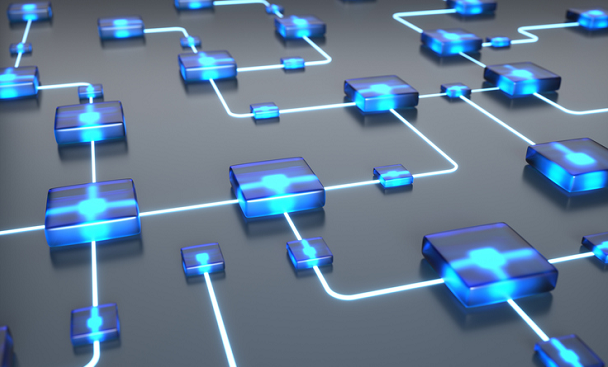 On 18 June 2019, Facebook presented, in a rather austere manner and the format of an academic white paper, its most ambitious project in the past years: the digital currency Libra. It was not an exclusive project of the company created by Mark Zuckerberg, but a kind of joint venture led by Facebook, together with 24 other partners, some as renowned as Visa, Uber or Mastercard. Libra was defined as "a simple, global currency and financial infrastructure capable of empowering billions of people [...] that will enable responsible innovation in financial services".

The launch of Libra was planned for 2020, but it soon became clear that it was not going to be a straightforward journey. Today, two years after the announcement, the digital currency, now called Diem, has not made substantial progress. What has happened?

Where did Facebook’s idea come from?
With Libra, the consortium led by Facebook did not really invent anything new. The objective was to lead an emerging phenomenon, that of digital currencies, but a small yet significant detail was that its intention was to promote a private project, without the backing of the monetary authorities.

The Libra consortium was sailing on the wind of the decentralised currency phenomenon. States have had a monopoly on issuing legal currency since the Middle Ages, but in 2009, in the final throes of the international financial crisis, a small crack opened up in the system: Bitcoin. A decade later, Facebook and its associates took up the gauntlet with the project of a digital currency that could circulate on technological platforms as massive as those of the social network; 2,853 million active users according to the company's own data. Its target would not so much be the fully banked population of the first world, but rather the unbanked in emerging markets, where the traditional financial structure is not as strong and national currencies are not as stable as in Western countries.

As regards the architecture of the project, Libra is conceived as a blockchain-based stablecoin. Stablecoins are a type of digital currency pegged, to a greater or lesser extent, to specific stable assets which would make it much less volatile than other cryptocurrencies such as Bitcoin. In the case of Libra, its circulation would be backed by a basket of existing currencies issued by central banks around the world and other low-volatility financial assets.
Technologically and conceptually, Libra seemed like a sound project: there was a demand and technologically it was 100% feasible. But the consortium, in view of the facts, underestimated the policy and regulatory aspects and, above all, the reaction of the monetary and political authorities.

The Chairman of the Federal Reserve and the US Secretary of the Treasury soon expressed their misgivings regarding Libra. In Europe, the reaction was not positive either. All authorities focused on the risks related to users' privacy, given Facebook's data privacy scandal, and the risks of using Libra as a tool for money laundering and even terrorist financing.

So just a few weeks after being launched, the consortium had to take a backwards step, and stated that it would not be put into circulation until it had all the necessary authorisations. Shortly afterwards, some of Libra's initial members, such as Paypal, eBay, Visa and Mastercard disassociated themselves from the project.

Pegged to other conventional currencies.
At the same time, the monetary authorities themselves were preparing the launch of their own currencies, a race led by China with its plans for the digital yuan. Because, as we said before, Facebook was not discovering anything new. And in the midst of the global race for a digital currency, the monetary authorities are unwilling to give up their privileges to private consortiums.

Given the difficulties and in order to overcome the reluctance of the authorities, the Libra - or Diem - partners have made some adjustments to the project, which is no longer headquartered in Switzerland, but in the United States.

Will it go ahead? According to the US television station CNBC, Diem could be in circulation by the end of the year, as a pilot test and exclusively in US dollar-pegged version. The initial idea of the currency being backed by a basket of several conventional currencies seems to have been shelved and, after the dollar pegged version, successive versions of Diem could be launched, pegged to different fiduciary currencies such as the Euro or the Pound Sterling.

It is not the ambitious revolution that Libra had promised, but Facebook and the other companies in the consortium - Shopify, Uber, Lyft, Spotify... - are not giving up on having their own digital currency.